A Japanese garden is a combination of several elements including plants, water, and rocks with clean lines with an aim to create a tranquil environment. A regular feature of the Japanese garden is a simple bamboo fencing to hide the outside views. The Japanese make their entrance look attractive with a well-maintained gate and arbour.

Below are some Japanese garden ideas for landscaping to get inspiration to create a garden of your own. Moreover, it will enhance your knowledge about their culture and beliefs.

Creating a sense of mystery

Vignettes are a popular garden landscaping idea. They cannot be viewed all at once so they create a sense of mystery in the minds of visitors. They will end in the stone pagoda through a curvaceous path in the garden. All these things give you an aura of mystery. 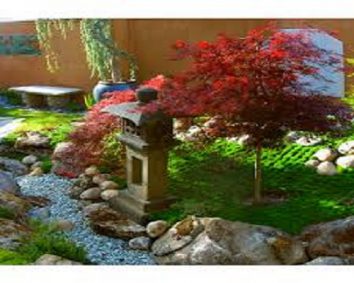 A traditional garden landscaping idea, the stone lanterns are created in the shape of pagodas which are an inevitable feature in a Japanese garden. Apart from their decorative appeal, they resemble the roof of a teahouse or the gate entry in the evening. 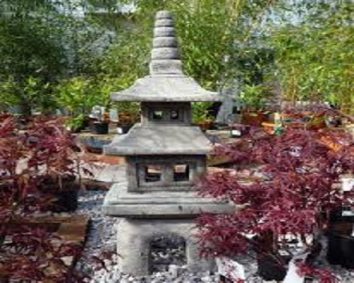 The conifers, a type of woody plants are common Japanese garden landscaping idea.There are minute differences between colour and texture in a garden. They release a soothing atmosphere throughout the year and therefore they are adored. Somehow the conifers resemble the Japanese pagoda because of their pyramidal structure and this can be cited as a valid reason for their presence in their garden.

Moss, a kind of tiny flowerless plant is very much seen in a Japanese garden. They are perfect for covering the ground in a moist and shady area of the garden. However, they cannot bear the footprints, so often stones steppers are adjusted in the garden to allow the passage for visitors without damaging them.

Having a private pavilion in your garden is a popular Japanese garden landscaping idea, which will give you an ultimate place to relax. It can be created as a tea house made of bamboo or wood which you can use it as a place for entertaining or for enjoying the calm landscape in the garden. 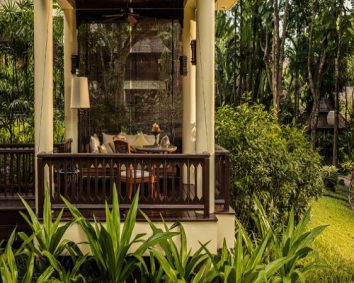 The chartreuse and green hostas surrounding the base of a tree forms the part of a Japanese garden. The Japanese believe in subtle colour contrast and bold textural differences to create interest in the minds of the people. They believe it as a wonderful garden landscaping idea. Together their garden features the variegated Hakone grass to create a soft appeal in the edge of the bed.

As you will see the trees in a typical Japanese garden will have trees always trimmed down into shapes to give an architectural effect. The zigzag branching pattern is a powerful garden landscaping idea and is quite popular as reflected by the Japanese maple.

Safeguarding yourself from evil spirits 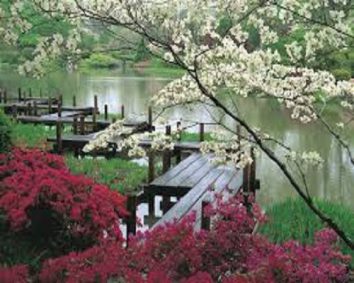 After getting these pieces of information on Japanese garden ideas for landscaping, you will know how to create a garden to get maximum benefits out of it.