Renowned Indian electrical appliances brand Orient Electric launched its third ceiling fan in its Aeroseries range of fans called the “Aerocool”. The fan is poised to strengthen Orient Electric’s incumbency as one of the leading brands in the premium fans segment of the market. The launch event was held at Le Meridien on February 16th, 2018. We also had the opportunity attend the launch of Aerostorm less than a month ago. You can read about the Aerostorm here. 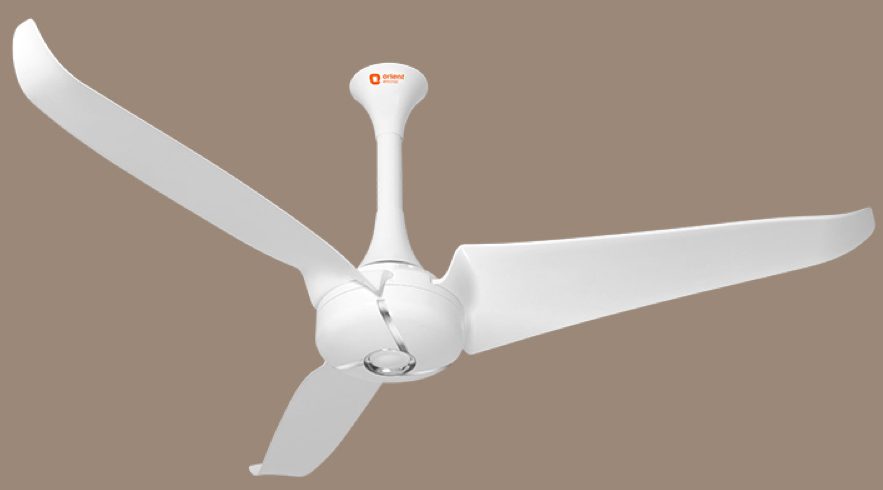 The Orient Aerocool takes a progressive approach towards changing the way we look at our fans. With increasing dispensable income among Indian households, consumers are looking for more than just a ceiling fan on their fifth wall. This is precisely what the Orient Aeroseries of fans, including the all new Aerocool, is trying to address.

After the initial introduction by the emcee, Rakesh Khanna, CEO of Orient Electric, took over the stage and presented a brief report on Orient Electric’s various initiatives and range of products.

Rakesh stressed upon the fact that Orient Electric spends a large amount of money and resources on Research & Development purposes so that the company continues to lead in innovation and stay ahead of the curve. The R&D allows the company to continuously introduce high quality and robust products in the market, thereby continuously upping the bar for the whole industry.

Soon after, he handed over the session to Mr. Atul Jain, Sr. VP and Business Head, Fans, to lead the rest of the event. Commenting on the launch of the fan, Atul Jain, Sr. VP & Business Head, Fans, Orient Electric said, “It gives me immense pleasure to share that our Aeroseries fans range is finding acceptance all over the country, particularly in markets such as Tamil Nadu, AP, Kerala and Karnataka in South, Maharashtra and Gujarat in West and parts of the north like Delhi, UP, Punjab and Rajasthan, which are all very critical markets…With the launch of the new Aerocool fan, we are even more confident of gaining a stronger foothold in the segment. With the kind of response, we are receiving from the trade as well as consumers for our Aeroseries fans, we expect the super-premium fans to contribute to 10 per cent of total fan sales in the next 2 years.” 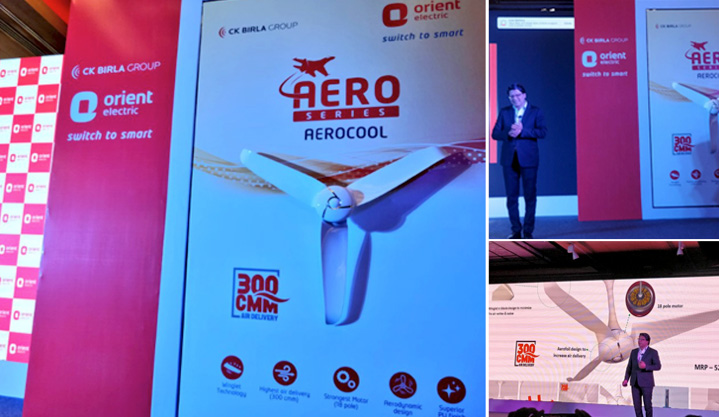 During the event, Atul touched upon the following features about the Aerocool:

The Orient Aerocool flaunts a smooth and streamlined design that beautifully complements any contemporary interior. The Aerocool packs an aerodynamic profile with features such as rust-free blades, airflow delivery of 300 CMM (the highest in the ceiling fans segment), 18 pole heavy motor and high gloss premium PU finish. Its blades are made of high-grade compounded glass-filled Acrylonitrile Butadiene Styrene (aka ABS) which is extremely light, heat resistant, bend proof, rust proof and very clean. (Gosh! What else can one expect from a ceiling fan.)

The Aerocool borrows some features from its predecessor (Aerostorm) including the plane like winglet design on the tip of its blades to minimize vortex and increase airflow. The winglet design has been a technological breakthrough in achieving maximum airflow at minimum noise.

We went into the experience center to check out the Aerocool firsthand where they installed the Aerocool alongside a traditional ceiling fan. The difference was evident. Take a look at what we had to say about the new Orient Aerocool.

“I personally use Orient Aeroseries of fans and it has worked well for me”. Watch the video to know what @MrRightIndia said on the launch of Orient Aerocool fan. #AeroseriesRevolution pic.twitter.com/Za8fS2saVA