In the old days, we had a simple television with two dials. One for UHF and one for VHF. If you were lucky you could get about six channels between both of those dials. Then along came cable and it opened up a whole new world of entertainment for us. Suddenly you could get a hundred channels. Then two hundred. Three hundred. Even though at times it still seemed like there was nothing worthwhile to watch.

Satellite TV arrived next and it opened up even more possibilities. You didn’t even need to run all of those cables through your house and property. Once the Internet came along there was no shortage of entertainment available to the masses. Today we are just bombarded with more TV shows and movies, not to mention sports, then we could watch in a lifetime.

But as far as TV providers, believe it or not, satellite TV is still a huge part of the market. In fact, satellite providers are offering their customers more than ever before. One of the reasons it is a current top choice over cable are the “Watch Anywhere” apps that companies like DISH Network and DirecTV offer. These apps allow you to take your content with you anywhere and watch your entertainment on any device, whether it be your PC, tablet or smartphone. Another great factor is the huge selection of on-demand movies.

But you might be asking yourself, “Just how does satellite TV work?” It’s a common question. To understand how this technology works, we have to understand that there are five major components involved in a direct to home (DTH) or direct broadcasting (DBS) satellite system: the programming source, the broadcast centre, the satellite, the satellite dish, and the receiver. These are the channels that provide programming for broadcast. Think HBO, NBC, CBS, Showtime and all of the others that you know and love. The provider pays for the right to broadcast their content via satellite. Cable TV companies also work this way, but this is where the similarities end.

Think of the broadcast centre is the central hub of the entire system. At the broadcast centre, the TV provider gets signals from the channels or programming sources, then beams a broadcast signal to satellites in orbit high above the Earth. The signal is compressed so that it travels efficiently. 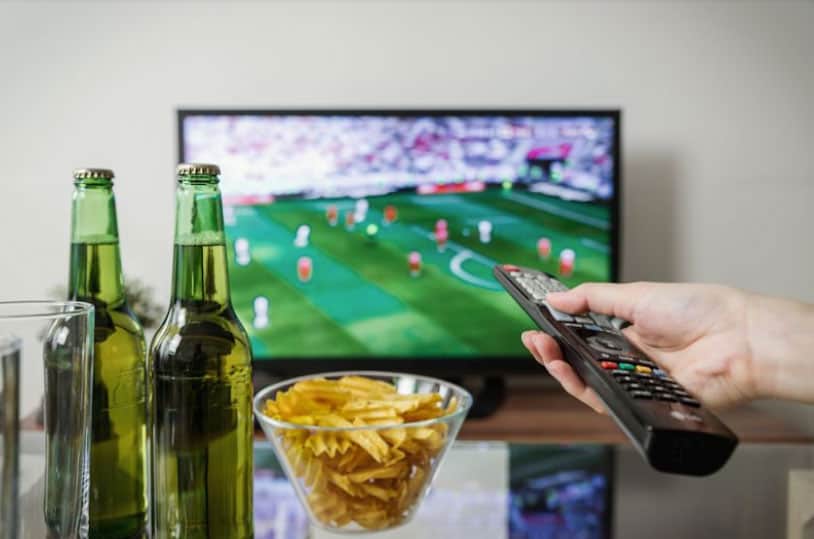 The satellites receive these signals from the broadcast station and rebroadcast them back to Earth.

That dish in your yard or on your roof picks up the signal from the satellite and sends it to the receiver in your home.

The receiver processes the signal and sends it to your TV. it’s all science, though it seems like magic.

Technologically it is very complicated, but as you can see the process is very simple and straightforward. It is pretty amazing when you think about the fact that satellites thousands of miles above us can create a moving image on our screens.

That’s pretty much how satellite TV works in a nutshell.

Does bad weather affect the signal?

Bad weather can interrupt the signal and leave you furious because you just missed the big play in a sports game, but these days this is pretty rare thanks to behind the scenes technology that strengthens the signal during bad storms. Heavy snow, rain or winds can all affect the signal. After all, this is what is between the dish and the satellite, but it takes a very severe storm to interrupt your service these days. Which is another reason that these services are so popular?

So if you are thinking about going with a satellite service, go right ahead. You will be very happy that you did.