Orient electric, one of the leading electrical manufacturers in the country, has been in the news since they announced the launch of their new Aeroquiet ceiling fan which is being seen as the new standard in electric ceiling fans with its “curvaceous silhouette”, “high gloss premium PU finish” and “highest airflow in its category” etc. So when I got an invite for the launch event of their most sought after product, Aeroquiet, I was really excited to check it out and see if it’s as good as the company (or the rest) claims it to be. 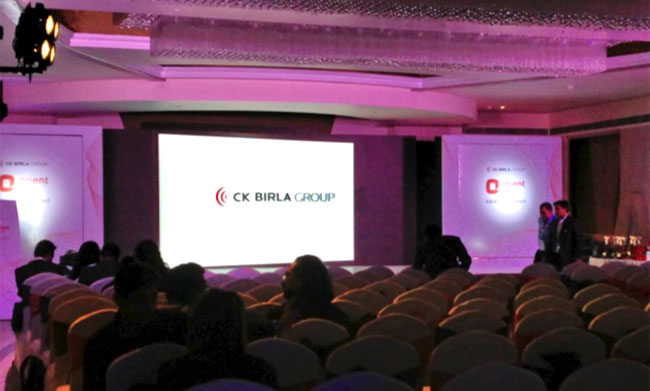 Orient Aeroquiet was officially launched in India on February 23rd, 2017 at the prestigious Suryaa Hotel in Delhi. The event marked the onset of the brand’s 360-degrees campaign for the new Orient Aero Series fans.

After the initial introduction by the host, Rakesh Khanna, CEO of Orient Electric, took over the stage. He explained about the innate need for a quieter, more effective and more energy efficient fan for common household use.

He mentioned that at Orient Electric, a large amount of money is spent on research & development purposes so that the company continues to lead in the innovation segment and stay ahead of the curve. The R&D allows the company to continuously introduce high quality and robust products in the market, thereby continuously upping the bar for the whole industry. Rakesh mentioned that Orient Electric is the largest manufacturer and exporter of fans from India.

After giving a little brief about the origin, background and overall profile of the company, Rakesh proceeded to unveil the fans. The stage lights dimmed out, the two side screens slowly turning out along with flickering lights and music, finally unveiling Orient Aeroquiet fan in its full glory.

Rakesh introduced Orient Aeroquiet as the most technologically superior and arguably the best fan available in the market. With features like aerodynamic profiled rust-free blades, maximum airflow of 240 CMM and high gloss premium PU finish, the Orient Aeroquiet clearly sets itself apart from any ceiling fan I’ve ever laid eyes on. Even through the fan has been priced at a higher end, approx. Rs 4750, it makes up for it through its aesthetic and aerodynamic features.

Rakesh then took the opportunity to show two brand new TVCs for the Aeroquiet fan featuring the company’s longstanding ambassador MS Dhoni. Here’s the first one:

The event concluded with an interactive Q&A session where the queries and concerns of the audience were addressed by Rakesh.

Orient Aeroquiet will be available offline in all Orient authorized reseller stores and online at the company’s ecommerce portal.