It’s not every day that you get invited to take a tour of the assembly line of one of the largest manufacturers of ceiling fans in the world. Yes, I am talking about Orient Electric. Last year, they launched a brand new series of premium fans called the Aero Series. I even wrote about the first model that they had launched. Ever since, I’d been thinking about being able to visit the place where Orient Electric was revolutionizing the ceiling fan industry.

Well the day finally arrived. It was an opportunity made available only to a handful of lifestyle bloggers and editors – but for me, it was knowledge and fun-filled day in the making. We were invited to Orient Electric’s Faridabad plant.

For those not familiar with the company (though I highly doubt that), Orient Electric is one of the very few companies which existed pre-independence. Here’s a roadmap of the milestones they have bagged along the way including several national and international accolades. 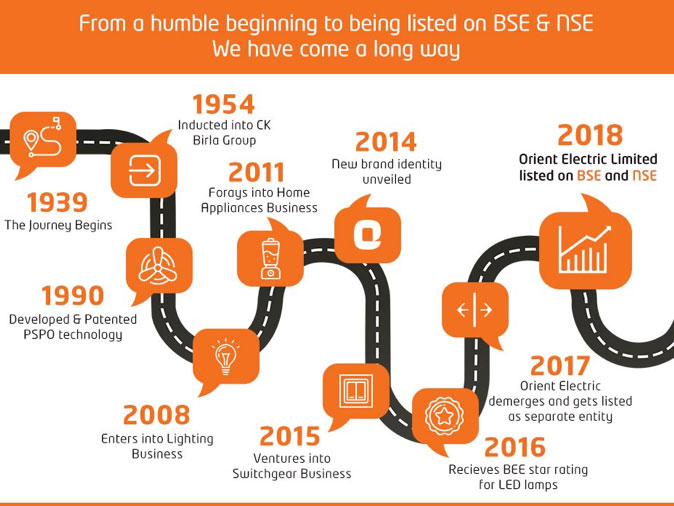 They first ventured into fans and built their foundation in that domain. But within the last 10 years, they have also ventured into lighting and home appliances segments, becoming a common household name in India.

Their first offering in the Aero Series of fans, the Aeroquiet, quickly debunked several preconceptions about residential ceiling fans. It has since become one of the best-selling fans in the premium ceiling fans segment in India.

Because the Aeroquiet was the first of its kind, it was available in only one finish: Glossy White. But due to its popularity and increasing adoption, the company has now launched the Aeroquiet in several other finishes including wood finish, underlight, chocolate, carbon fiber(ish) finish and so on. The Aeroquiet turned out to be a revolutionary step towards creating the market for a whole new segment of affordable premium fans; one that could easily compete with both the traditional economy fans as well as premium designer fans. Anyway, let’s get back to the factory plant visit.

The invitees arrived one-by-one. We were greeted with warm smiles (and hot coffees) and we all gathered at the exhibition room aka experience room – a display room where a wide range of all types of fans Orient Electric manufactures were put on display. I think there would have been like 70-80 different models on display in that room. To my surprise, I (later) came to learn that it was only 1/3rdof the company’s catalogue. Well things surely were getting more interesting. Before the meetup began, I even took a virtual tour of their Faridabad plant through their VR device.

We were shortly joined by Mr. Atul Jain, Business Head, Fans, and other leadership members from the marketing team, who swiftly walked us through the entire company profile: mission, vision, values, awards & accolades, offerings, R&D investments, market cap, worldwide presence – the whole nine yards. If you’d like to learn more, you can briefly read about it here.

We had our fill of Q&A session, even about their upcoming plans as well – something you (usually) don’t get to in public settings and gatherings.

So what did a tour of Orient Electric’s factory plant involve?

We are today one stop consumer durable solution provider. Stay tuned with us to witness the behind the scene world of Orient Electric.#FansOfOrient #SwitchToSmart pic.twitter.com/VTEaWNYcMy

We started off by getting briefed about the sheer production capacity of their Faridabad plant. We were given a complete tour of their Faridabad plant assembly line – where everything comes together. As much as I or anyone else in the room would have loved to take pictures and videos of the plant (from inside), we were asked to refrain from taking any. We also could not gain access to their R&D labs (for obvious reasons) as those chambers contain the most guarded secrets and innovations the company is working on. 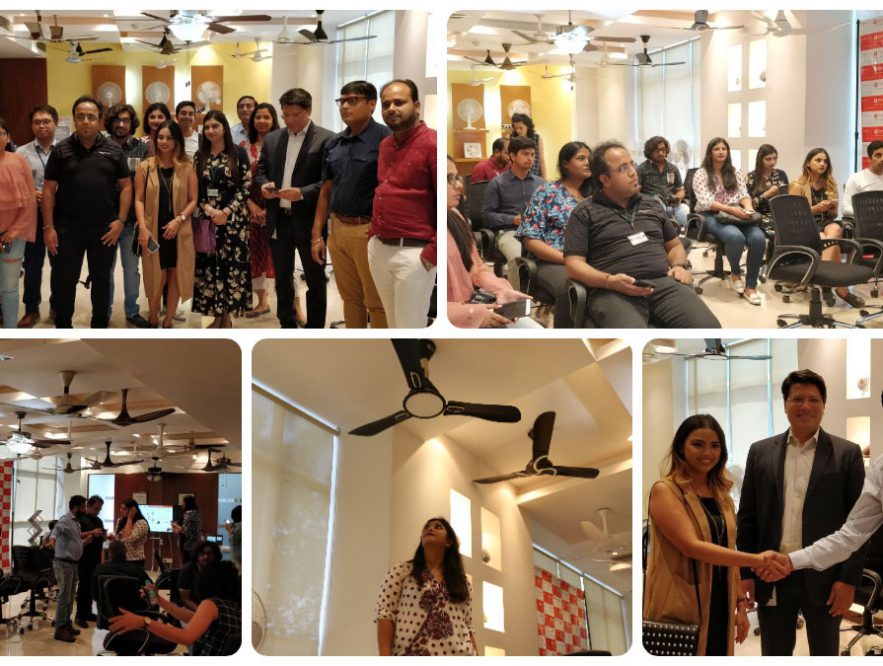 So, all of us visitors gathered like a herd and followed the plant manager who doubled as a tour guide for us. We felt like our first day of internship at a giant factory.

We saw everything from dangling blades to automated painting machines, motor assembly units to coil winding robots, quality control tests to final packaging. Every bay had a specific purpose and it was very cool to watch, especially the automation process. Everything was moving like clockwork, not just machines but people as well, lining up all the parts perfectly for that particular model.

The plant was airy, well ventilated and well lit. In some bays it was a bit noisy though. But what else can you expect in a place that houses hundreds of people and thousands of moving parts and machineries. Even though our visit happened on a sunny scorching summer afternoon, the tour through the facility was very pleasant and we didn’t even break a sweat. There is optimum utilization of sunlight and wide spaces to move and walk freely throughout the plant.

The Faridabad plant produced more than a staggering 70 lakh fans last year for which they also received the ‘National Record’ certification from Limca Book of Records. It’s by far the highest output under the segment from a single facility in a year.

I don’t have a count of how many employees were working in the plant but everyone seemed to kind of belong there. Everyone was completely equipped with their share of work and every part moved from one place to the next like clockwork.

We also came across several banners and posters spread across the plant about the company’s milestones. I realized that they not only acted as good sales posters but also instilled a feeling of pride amongst the employees, and for their work in creating that dent.

So how did I feel? Overwhelming to say the least

Every fan that was being packed there has already been ordered by a customer or a business, in India or in one of the more than 35 countries the company exports to today. The fans are loaded on to huge trucks and typically dropped off at distribution centres before making it through their individual logistics channel.

Pretty much everyone we saw and met at the plant was quite engaged in their work that everything seemed to work so smoothly. Seeing how everyone worked, it felt like it was hard for things to go wrong or products to come out as substandard out of that facility.

Indeed, it was a great experience, and I am grateful to have been invited for the exclusive, first ever tour Orient Electric had ever organized for anyone other than the company staff.

But at the same time, I have a feeling it won’t be the last.