CRT (cathode-ray tube) television sets have gone down in popularity with the introduction of large screen, slim and flat LEDs and LCDs. However, there are many consumers who still have their CRT sets and are satisfied with them. But many problems often relate to the picture quality, picture color and clarity and sound quality of these CRTs. Sometimes the cost of repairing such common problems with CRT TV exceeds the cost of replacing it with a new TV.

Here are some common problems with CRT TV and their diagnosis:

CRT television has no image

No image is a very common problem with cathode ray tube TVs. If you are facing such issue then check the obvious things first i.e. verify whether your TV is plugged in correctly and is receiving sufficient power for operation. If the power is OK, then check the video settings (like brightness, sharpness, contrast and picture settings). If the settings are fine then there can be problem in the video cable and hardware. If the basic diagnosis comes out fine then it might be the time to call a professional TV repair person. (Picture Source: www.overclockers.com)

Bowed picture or images not lined up 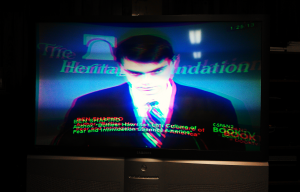 This is a very common picture problem with CRT TVs. It is usually caused by the  failure of an internal circuit called the convergence circuit. The circuit has convergence ICs, which when go bad create the problem of bowed picture.  Sometimes bad or faulty  soldered-in fuses and resistors can also cause image distortion. A technician or a PRO can easily repair this sort of problem in-home. (Picture Source: www.justanswer.com)

CRT displays one horizontal line in the center when turned-on 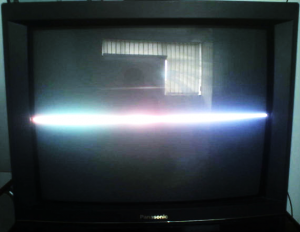 Single vertical line in the center of screen 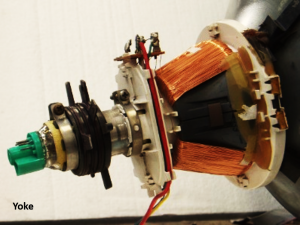 Some time when you power on your CTR TV you see a single thin vertical line on the screen. The probable cause of this problem can be a faulty yoke with a defective or burned coil inside it. Other reason can be defective vertical ICs. The ICs may have lost contacts with solder joints because of the heat production during operation. (Picture Source: www.jestineyong.com) 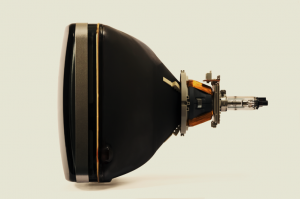 This is not a very common problem. The most prominent reason is cathode ray tube failure. The minor crackling noise is due to high voltage arcing. The possible reason behind the burning smell is caused by insulation burn. In such situation, immediately unplug the TV from the power outlet. Call a professional TV repair person and get it corrected.

Colorful shadows on the sides 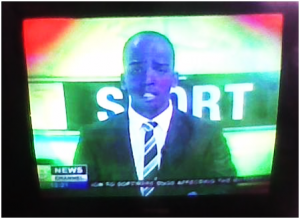 Whether you have a CRT TV or owned it before, you must have witnessed at some point of time, a colorful shadow on the sides of the screen (can be seen as reddish orange shadow in the picture). It is mainly due to presence of any magnetic device near the TV. Magnets placed near a CRT can damage the set’s “shadow mask,” which can cause the wrong colors to appear in that area. (Picture Source: humphreykimathi.blogspot.com) 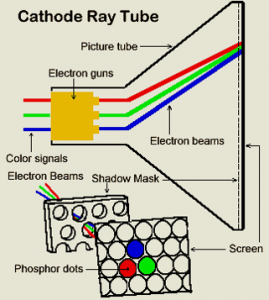 Shadow mask is located behind the glass screen, as shown in the above graphical Cathode Ray Tube picture. High-power magnets can sometime cause permanent damage to the CRT. (Picture Source: www.wiztech.wikispaces.com)

Bad sound or no sound from the TV

No sound or less sound is a commonly heard problem with CRT TVs. The most possible reason is faulty speakers. Other reasons can be damaged audio amplifier, a low supply voltage to the amplifier or a faulty audio IC. There can be other reasons as well like some faulty internal wiring.

Other frequent problems with CRT TV are loss of vertical sync and loss of horizontal sync in the picture. (Picture source: www.ronelex.com)

If you’re facing problems with TV not responding to remote inputs, first replace the batteries! If the TV still isn’t responding, there’s a problem with the remote. In this case, it is better to replace the remote instead of repairing it. Below are some CRT TV compatible remotes that we recommend.

If your CRT TV is troubling you with the picture problems, sound problem or any other issue, connect with Mr. Right. Dealing with the common problems with CRT TV on time will help you in avaoiding any serious damage in future.

If you are planning for a New TV, we have some recommendations for you :-